“As the NFT community grows, we’ve recognized a need to better serve more experienced, ‘pro’ users, and offer more flexibility and choice to people at every level of experience,” wrote Finzer.

The essence of the Gem

Using the Gem platform, which was launched only in January of this year, allows you to save transaction fees, as the platform links to several marketplaces at once. On the site, you can purchase NFT in one transaction on such popular marketplaces as OpenSea, Rarible, and LooksRare. Besides that, Gem incorporates rarity rankings for NFT collections, such as the traits in profile photo collections.

NFTs are commonly utilized for things like profile image collections, digital artwork, sports memorabilia, and video game items since they serve as a blockchain-backed proof of ownership for a digital asset. The scale of the technology is indicated by its trading volume. In 2021, the total market of NFT reached a trading volume of $25 billion.

Details from the CEO

Davin Finzer in his blog post to the audience emphasized that investing in a roadmap of a platform like Gem is a completely evaluated decision and the OpenSea company “can’t wait to learn from and build with the team at Gem – and ultimately make buying, minting and selling NFTs better for every level of experience. ”

According to Finzer’s post, Gem will continue to operate independently as it develops its platform and adds additional features, with some of that capability eventually being added to OpenSea’s own platform.

The CEO of OpenSea also mentioned Neso, the Gem platform’s co-founder, who was previously identified by BuzzFeed as Josh Thompson, formerly known as MethodJosh, a notable video game streamer. Thompson was accused of sexual harassment in 2020, following which he vanished from the Internet and was removed from Gem’s leadership team earlier this month. According to Finzer “this individual has never and will never be affiliated with OpenSea.”

The decision by OpenSea comes at a time when the NFT market is becoming increasingly competitive. It’s currently by far the biggest participant in the industry, with billions of dollars in organic trading volume, but noteworthy competitors like Coinbase NFT, forthcoming NFT.com, and the ever-expanding Rarible are attempting to undermine its first-mover advantage. 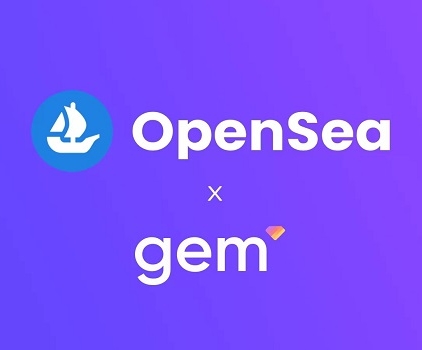