According to the project’s developers, STEPN is already utilized by about a million people on a daily basis. The Move-to-Earn game is becoming increasingly popular, and developers are always working on new features.

The STEPN founders had an emergency AMA session yesterday. What can we expect from the project in the coming future? 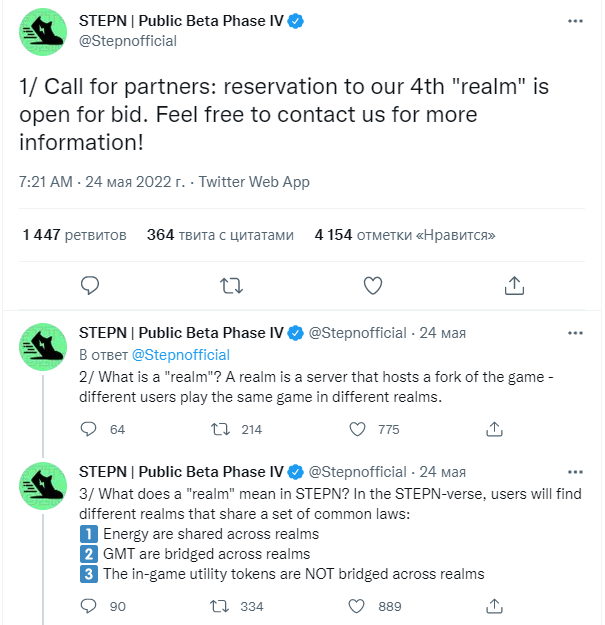 The basic line is that numerous planets will arise in the project, the GMT token will serve as a bridge between them, and energy will be transferred throughout the worlds.

This speech sparked a lot of debate and uproar. Users were unaware of what these worlds were or what the change of STEPN into a metaverse meant for them.

The developers significantly opened the cards yesterday. Realm does not need to be a brand-new network. It is more of a cooperation with a certain brand. It enables you to exchange audiences with one another in order to boost the number of new users.

Users on the Solana network were concerned since the BNB network received a large flood of capital. Solana’s GST rate is ten times lower than the BNB network’s, but the admission barrier is substantially greater. Because not everyone has the financial ability to participate in the initiative through the BNB Smart Chain network, users felt neglected and abandoned.

STEPN creators understand all this and claim that the Solana network will never be abandoned. They also encourage people to recognize that BSC is a platform for testing a new concept across several worlds.  The second network was created by developers in order to make the app more stable.

And the most hopeful statement: “We do not believe that GST can be reduced to zero.”

Could Solana Handle it?

Tokenomics is thoroughly worked out in the STEPN project. And the developers have high hopes for the Solana network and the GMT token.

The developers and architects of Solana do not want a price increase for the game, as happened in the Axie Infinity game since they see this as a highly risky issue for the project.

People will have a lot wider choice in the Solana network with the addition of new mechanics: more strategies and possibilities. Furthermore, several mechanisms will be exclusive to the Solana blockchain. Users will be able to profit from a very beneficial strategy not available on other blockchains.

According to AMA of the STEPN app, fresh and exciting possibilities for beginners will always appear in the project. The developers have already mentioned that mint scrolls would be included in the game in the near future. They verified this yesterday, even adding that all players, including those with only one sneaker, will be able to obtain the scroll.

Energy is currently transferred between the Solana and BSC networks. However, this system will change in approximately a month (if not sooner). At the same time, the energy will not be fully separate.

Users are also looking forward to new gaming features and new techniques to burn GMT next month. In addition, a multi-blockchain decentralized exchange is expected to be launched this summer.

There are numerous plans, but it is unclear how they will be carried out. Only one thing is certain: the developers are doing everything they can to make STEPN a real metaverse. 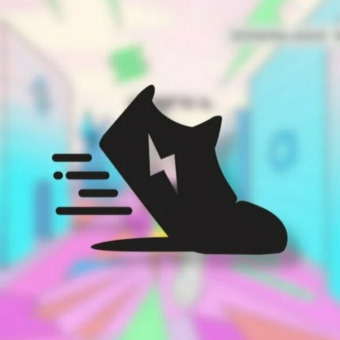