NFTs are all the rage right now. Countless artists, collectors, and profit-seekers are always in hot pursuit to get their hands on the newest NFT drops. But what is the fuss all about? Let’s find out.

NFT stands for “Non-Fungible token”. It’s a phenomenon that differs from “traditional” cryptos like Bitcoin or Ethereum in both nature and use. It’s also a relatively young market that’s currently booming thanks to its massive appeal as an easy way to acquire collectable art and earn money by reselling it.

You can think of an NFT as a unique digital certificate tied to a digital art piece. When an NFT is bought, the seller gets the token confirming their exclusive ownership of the said piece. They can transfer the token to their crypto wallet and then sell it. Unlike conventional cryptocurrencies, one NFT cannot be swapped for another because each token is unique (hence the name, Non-Fungible).

Here’s an example: John has a $100 bill, while Pete has two bills worth $50 each. If they swap their bills, nothing will change. The same goes for crypto: 5 Bitcoins is always worth 5 Bitcoins, no matter how many times you swap them. This type of currency is called “fungible,” i.e. exchangeable.

NFTs are different. Take John and Pete again, but instead of dollar bills, they now have five copies of The Beatles’ 1968 White Album. Each copy of the album has a unique serial number printed on it, and the lower the number, the higher the price. The plate labelled 0050000 costs $150, whereas the first ten copies numbered 0000010 or less cost over $10,000. John has some records labelled under 0000010, and Pete’s are higher than 0000100. So, an exchange of their copies wouldn’t be equal.

Let’s see how this works in practice. You have a digital art piece that you’d like to sell. You find a marketplace, sign up, and upload your work. An NFT will be minted and forever tied to your digital work as its unique digital identifier (akin to a serial number label). Now you can set any price for your work and/or put it up for auction and sell it to the highest bidder. Having the NFT on your crypto wallet is the equivalent of physically owning a vinyl plate or a disc. And again, despite the same name, one NFT is never equivalent to another, which means an equal exchange would not be possible.

Most tradeable NFTs are made on the Ethereum blockchain. However, in recent years, it’s been challenged by Solana and other networks showing faster transactions and much lower minting costs.

In 2017, Axiom Zen launched the first NFT game called CryptoKitties, running on the Ethereum blockchain. The point of the game is to buy a unique NFT cat for Ethereum and cross it with those of other players. As a result, you have kittens.

The older the cats, the more expensive they are. Players can also rent out their cats for crossbreeding. While new ones cost $13-15, oldies may go for more than $130,000.

Nowadays, it’s not only about cats. According to NonFungible.com, the NFT market had grown four times from 2019 to 2020, hitting a $250 million annual turnover. Countless NFT projects have emerged since, with their quality and artistic value as different as you can get.

On marketplaces like Rarible, OpenSea, and Nifty Gateway, people are spending ludicrous sums of money on NFT copies of paintings, tweets, songs, and just about any other piece of digital media — only to auction them off later at a much higher price.

A notable NFT project that had overwhelming success worldwide was the Bored Ape Yacht club — a collection of randomly-generated pictures of (you guessed it) Bored Apes of all kinds of shapes and colours. The Apes looked cool and funky, and could be ‘mutated’ into new, rarer and more valuable versions using randomizer files called “mutagens”.

Another prominent name in the NFT game is American digital artist Mike Winkelman, aka Beeple. He sold one of his digital paintings as an NFT for $69.3 million and, in doing so, inspired a lot of artists, both present and future, to jump onto the NFT bandwagon. Surely if he can make money on it — anyone else can! The rest, as they say, is history, and it’s still being written every second of every day. According to DappRadar, a total of 85,787 NFTs were sold and bought in May 2021 alone, averaging $5.8 million per day.

However, the technical side of the NFT ‘shenanigans’ scares many people away, especially those not-so-versed in crypto. Generally, if you want to tokenize your work, you need three things: the work itself, a crypto wallet, and a marketplace that suits your needs. Let’s talk about the latter two.

How to choose a crypto wallet for NFTs

You need a digital wallet to store tokens, withdraw funds to a card, and conduct transactions. There are several types of wallets: paper, hardware, desktop, browser, mobile.

MetaMask has a clear and intuitive interface, and all transactions are synced between the mobile app and the web client. You can send tokens straight from the app. The only downside is security — many believe that MetaMask illicitly gathers data about its users.

Enjin offers the most user-friendly interface. For NFT buffs and collectors alike, there are options for trading various types of tokens as well as exchanging cryptos. Security measures are solid, too: there’s biometrics and auto-lock. However, it’s now without downsides: Enjin comes as a mobile app and supports Ethereum-based tokens only.

Math Wallet is commonly viewed as the Swiss Army knife of the crypto world. It offers support of various blockchains, is compatible with many devices, and allows you to log into the dApp (Decentralized App) with one click to access the NFT app itself. You can also exchange cryptocurrencies here. Cons: The iOS version reportedly has issues with the dApp.

Trust Wallet blows the mind with marketplace integration options. With it, you can explore OpenSea, Axie Infinity, MyCrypto Heroes, all in one click. It also works well with Binance Smart Chain, Ethereum Classic, TomoChain, Calisto, GoChain, and ThunderToken. Cons: Trust Wallet does not allow you to transfer your NFTs. You can only store and manage your tokens with the app. And it only has a mobile version.

No matter which wallet you choose, remember the №1 rule of cybersecurity: use a VPN. This way, you will keep yourself safe and anonymous.

What NFT marketplace to choose?

OpenSea is the most popular marketplace for NFT trading. With it, you can tokenize artworks, virtual installations, domain names, trading cards, sports memberships, collections, and whatever else. The platform is easy to use: no code required. You don’t need to pay an entry fee either. However, although you may think it’s a big “Yes!!!”, in fact, it’s one of the main nopes of the OpenSea marketplace. The lack of moderation poorly affects the quantity and the quality of the works there – there are just too many of them, and very few of them pose any actual interest.

Rarible. As the name suggests, Rarible values scarcity and uniqueness above all. Here, the most passionate NFT traders get RARI tokens as a reward. The platform gives away 75,000 RARI every week. On Rarible, you can buy and sell paintings, photos, games, poems, music, domains, and memes.

Foundation appeals to those after higher artistic value because the platform is known to be very selective about who they work with. It’s also the reason why Foundation auctions always create so much hype and FOMO.

Atomic Market is mainly concerned with promotion. Here, joint liquidity is the name of the game: if you have put forth a project for moderation, your work will appear on different related thematic sites.

MakersPlace takes a 15% commission for signup. Therefore, only high-quality, unique works with a digital signature make it to the platform, and buyers of tokens will definitely receive the original work.

SuperRare allows artists to exhibit the project in VR, and each network user can buy an art piece and then resell it.

We hope this article helps you explore the phenomenal new market of NFTs, make money on your creativity, or at least broaden your horizons and keep up to date. 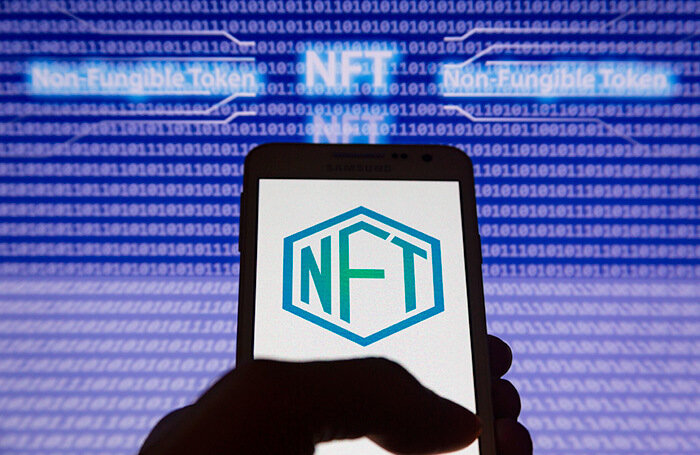