The cryptocurrency market has fallen heavily over the past few weeks. Stablecoins no longer look so stable, and the fear index continues to stay in the red zone. 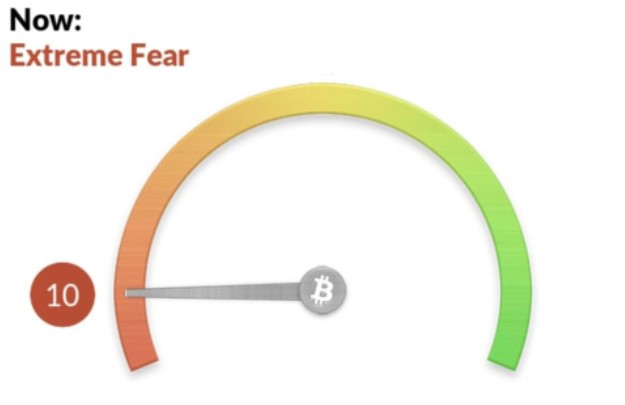 In the situation of the NFT market collapse, the consequences could be massive: many new investors entered the crypto economy through NFT last year. It may take a long time to return the market to its prior state if they believe they have failed due to a major significant market crash.

According to DappRadar, NFT trading platforms behave completely differently. OpenSea trading volume has decreased by about 28.1% over the past 30 days. Trading volume on Raible decreased by 79.69%. Meanwhile, sales at Magic Eden grew by over 500%.

And, based on the graph of STEPN NFT shoes’ sales activity, this statistic is mostly related to them.

Until mid-April, the trade volume never even touched 500 SOL. However, there was a large rise at the beginning of May. Does this mean that even during a severe NFT market crash, people continue to follow trends?

How about top collections?

In recent weeks, there have been volatile price shifts in the BAYC collection. On April 29, the floor price of the BAYC NFTs reached a record low of 152 ETH (about $429,000). The current OpenSea minimum price for BAYC is 87.77 ETH ($174,000). Additionally, the ether price has dropped to its lowest level since July 2021.

When the Azuki founder revealed his dark history in mid-May, the collection’s price decreased dramatically. Floor dropped to 9 ETH before recovering to 12.7 ETH. People lost trust in the project and quit it, reducing demand for the NFT collection. The average price chart on OpenSea for the previous 30 days speaks for itself.

Not long ago, the Clone X collection’s floor reached 25 ETH.  Today, the minimum price for tokens from the collection is 14.4 ETH.

However, the collection is generous in terms of drops and benefits for NFT holders, so the price may be considered a discount for joining the project.

The famous American economist, Nasim Taleb, author of the best-selling book “Black Swan,” fueled the flames by warning that the NFT bubble is about to explode.  By the way, his book predicted the onset of the 2007 financial crisis. Now, Nassim Taleb argues that raising the US Federal Reserve’s key rate will cause meaningless objects to lose their meaning.

For example, a year ago, Jack Dorsey, one of Twitter’s co-founders, offered his first tweet for sale in the form of an NFT. The asset was sold for $2.9 million. And the tweet was sold for $6.800 on April 7, 2022. Isn’t this a sign that the NFT market has collapsed?

In addition to the key rate, the NFT market is influenced by the global situation. In light of the volatile circumstances, many investors chose to lock in profits on the NFT market, close deals, and move into more liquid cryptocurrency assets.

During difficult and crisis times, many people either avoid investing completely or invest in tangible assets rather than digital ones.

Of course, there are projects that will make X’s despite the current situation. However, there are few of them. The NFT MemeLand collection has great potential. Recently, projects on the Solana blockchain have also been performing well. It might be worthwhile to pay attention to them. The most important thing is to remain calm. We propose that you undertake your own research and examine the market as thoroughly as possible during this period of uncertainty.