The Big 3 Basketball League recently disclosed the possibility of buying NFTs confirming the investor’s ownership of the team. More and more famous personalities are becoming holders of team tokens.

Big 3 is a semi-professional and professional league founded by Ice Cube and a group of investors in 2017. The league is distinct from the traditional American and international models. Games in this league are held in a 3-on-3 format, and the rights to the team can be obtained through the NFT.

The league gained considerable popularity among the community due to the fame of its founder and the marketing achievements of the team. A few weeks ago, the league management announced the introduction of a system of ownership of league teams based on non-fungible tokens (NFT).

Last Sunday, we covered how the founder of the self-custodial wallet Mydoge bought all 25 ownership NFTs of the Aliens team of the Big3 Basketball League. Bill Lee executed a Dogecoin transaction and spent around $600,000 in dollar equivalent. This transaction is called the largest commercial in the history of the Doge network.

The active engagement of prominent persons who take advantage of the possibility to purchase NFT leagues and become owners of basketball teams is now on the agenda. Everyone can see the success of the Ice Cube League’s fundraising mechanism, which is built on Web 3 technology.

New celebrities are on board the Big3 ownership

Ice Cube revealed last Saturday that a coalition of tech entrepreneurs had acquired the 25 Fire-Tier NFTs for his Big3 Basketball League team, Tri-State. Vinny Lingham, Sunny Deep, and Kevin Rose are among the members of the group.

Also, according to Ice Cube’s official Twitter post, Moonbirds, an NFT collection by Kevin Rose containing 10,000 pixelated owls, will also be the community sponsor behind the purchase as part of the agreement.

Celebrities are also banding together to buy the rights to the Big 3 teams. Snoop Dogg and PayPal co-founder Ken Howery purchased all 25 Fire-Tiger edition NFTs of the Bivouac team last weekend. And a well-known in the NFT community American entrepreneur Gary Vaynerchuk, who has himself created multiple successful NFT collections, has decided to invest in the whole 25 Fire-Tier NFT edition of Triplets team.

Ice Cube and the Big3 Basketball League team have demonstrated that they are not afraid to embrace new technologies, and nearly weekly, we read about the organization that demonstrates its dedication to the Web3 arena.

Ice Cube and the Big3 management team announced last month that the league will use Ethereum to fractionalize ownership of the league’s teams. The majority of NFTs in a Big3 team provide the holder control of the team and the power to make executive decisions. 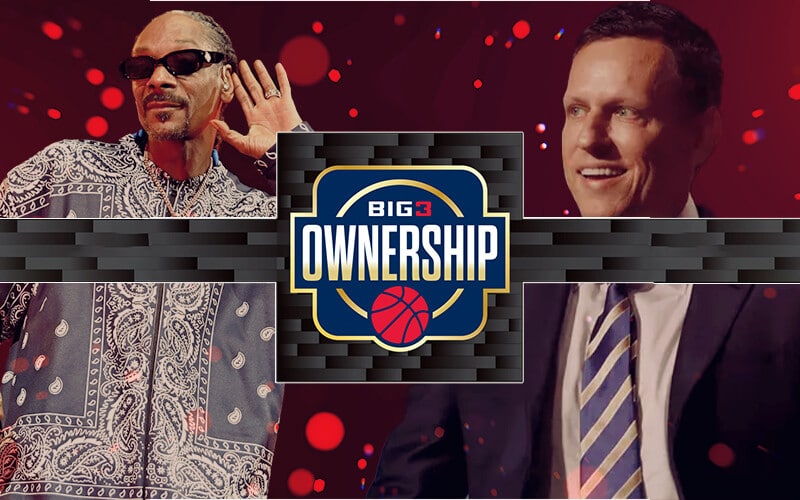