Nearly 8,5 million email addresses have joined the Coinbase NFT waitlist, and the recent project statement says that “in the coming weeks” it would come into being for users over 18 years old.

The largest U.S. crypto exchange Coinbase’s project to build a new NFT (non-fungible token) marketplace reached a new stage as they announced the opening of the waitlist more than 6 months ago.

According to a recent post by the company, beta test participants will not only be able to create profiles on the site, but also trade, sell and buy NFTs. Sanchan Saxena, Coinbase vice president of product and ecosystem, informed that the new platform should expect something like a mixture of the usual marketplace, like the popular Opensea, as well as the details of the social network. Speaking about the social aspect of the project, Saxena states:

According to the vice president, the platform would allow interaction between users and creators. Coinbase NFT, like many social media, will let users to follow creators’ and others’ profiles, comment on artwork, and watch a tailored feed to find new NFTs based on their engagement and purchases.

Saxena also commented on the essential topic of moderation, noting that the staff is “not in the business of judging what’s right, what’s wrong, as long as it’s legal,” because only users and law determine what is proper.

For a limited time, while the platform is in beta mode, users will not be charged transaction fees. Saxena also marks that by partnering with 0x Labs the exchange hope to minimize gas expenses for Ether (ETH) transactions. Besides, users can choose between their own self-custody wallets and Coinbase Wallet to access the platform.

Coinbase NFT intends to expand its features in the future, including NFT drops, minting, and token-gated communities. In the same vein, company plans to extend the ability to purchase NFTs using a Coinbase account or credit card, making the ecosystem more accessible to mainstream consumers, according to Saxena. 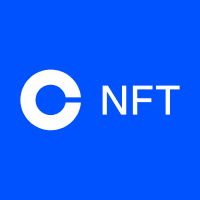