VeVe is one of the world’s biggest and fastest-growing NFT marketplaces aimed primarily at trading collectibles from premium brands such as Marvel, DC, Disney, Star Wars, Givenchy, Coca-Cola, and Pixar.

According to the website of ECOMI, VeVe’s parent company, “VeVe is an app-based marketplace for premium licensed digital collectibles. With VeVe, users can obtain common, rare, or one-of-a-kind digital collectibles, customize and showcase them in the virtual showrooms, as well as buy, sell or trade collectibles with other VeVe users – all from the palm of their hand.” You can buy, sell, and post your NFTs on virtual showrooms or social media. However, you can only use VeVe through a mobile app for iOS and Android.

To make it clear, VeVe is a trading platform for brands, not users. You cannot mint or sell your own NFTs on VeVe, only collect and trade those issued by the partner brands.

You can buy separate collectibles at an auction or a set price, and you can also buy a “blind box” — a surprise box with a chance of a rare item. You can also trade VeVe collectibles off-platform but be aware of the risks.

All VeVe collectibles are minted on the Immutable X blockchain. However, recently, the parent company has moved to the Ethereum network, hinting at the possibility of VeVe itself becoming available on ERC-20 at some point.

For now, all items you bought on VeVe will be locked to your VeVe account, and there’s no way to take them out of the app and transfer them to your crypto wallet. That might change at some point, though, if the OMI token (the native token of Ecomi) gets integrated into the app.

You can track future VeVe drops and the latest news via its official Twitter.

How to buy and sell on VeVe

All trading on VeVe is done entirely with Gems, an internal currency of the platform that you can buy with USD inside the app. One Gem costs about $0.99. You cannot redeem your gems, and you can only send them to other users via the Android app (not available in the iOS version yet).

On the one hand, this allows for an easy and seamless user experience within the app, but on the other, it locks users inside the platform and the platform itself off the rest of the NFT world, making it less attractive for the full-time NFT connoisseur.

To top up your VeVe wallet, go to “Profile”, click “Wallet”, and then “Get More Gems” and select the number of Gems you’d like to buy. 1 Gem costs $0.99. You can top up your wallet using a card, Apple Pay, or Google Play. Once done, you’re ready to trade.

During a mint, you can grab some low-priced lots. On average, the cost of one NFT is about $7. However, seeing the brands and their popularity, the demand is often extremely high, and you might not always get those sweet first-hand drops. Some people resort to using bots for snatching them up in the first seconds after release, and that’s exactly what puts many people off.

However, many VeVe collectors have already seen a significant increase in the value of their portfolios. The rarest of the four Batman Black & White Series 1 collectibles, designed by Eduardo Risso, has a current minimum value of $4,800. The original price was $69.99. Also, the “McFarlane. The Secret Rare Season 2 Spiderman” drop was initially worth 1000 gems, whereas the current minimum bid is $15799 (the initial cost was only $400).

VeVe charges 2.5% of each successful sale and 8.5% from the sales of Marvel collectibles, all deducted from the seller’s revenue.

Collectors and artists can show off their VeVe collectibles via the Showroom section.

To do this, go to “Collection” inside the app. There, the first tab is “My showrooms.” Click “Add” on the right of the tab, and set up your VeVe showroom. There’s also an option to visit other users’ showrooms in an FPS-style game or bring yours to life in Augmented Reality, where you can stand next to your favorite characters and heroes in the real world.

VeVe recently announced its plans to be the first carbon-neutral NFT platform, starting with a commitment to offset 100% of the carbon footprint created by the mints, thus negating the environmental impact caused by running blockchain servers. Initially, VeVe offsets its carbon footprint by buying carbon credits equal to the amount of CO2 used in the minting of NFTs. The certificate allows the company to emit a certain amount of CO2. In case of going over that limit, there’s a fine.

Project leader Dan Crothers said: “Sustainability has always been a top priority for VeVe and ECOMI. Our commitment to carbon neutrality is a step towards making digital collections and NFT metaverses part of a sustainable future.”

VeVe is a huge NFT marketplace that’s only going to be of interest to fans and collectors of some of the world’s top brands. The platform is extremely safe and easy to use, but its ecosystem is isolated from the rest of the NFT world, so if you’re looking for gains from NFT sales across wallets and blockchains, you might want to look elsewhere. 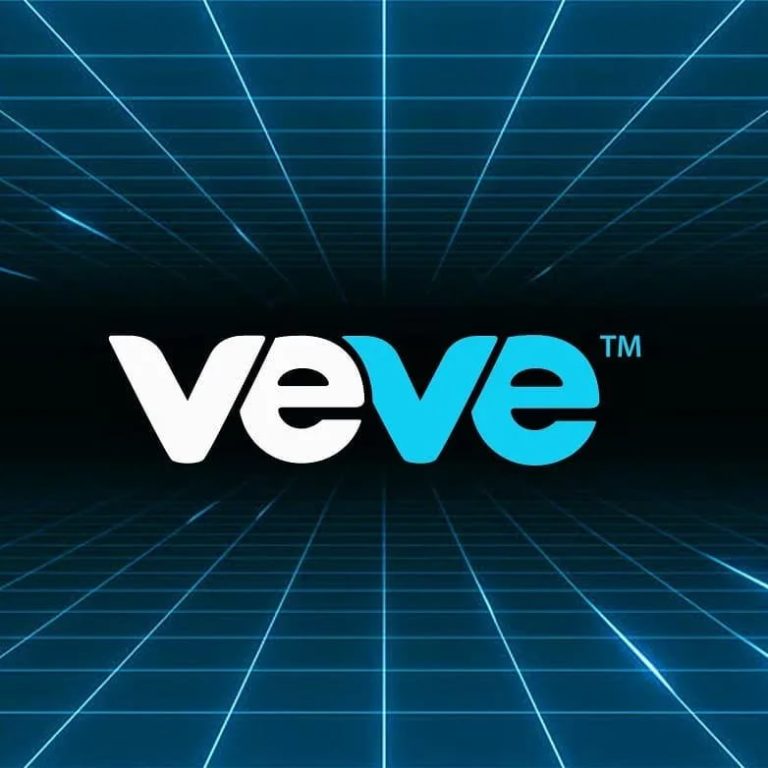