Digital models, brand ambassadors, influencers and virtual avatars in the metaverse are the main faces of the new digital era. Why are they rapidly gaining popularity and should real-world influencers be concerned about being supplanted by digital colleagues? 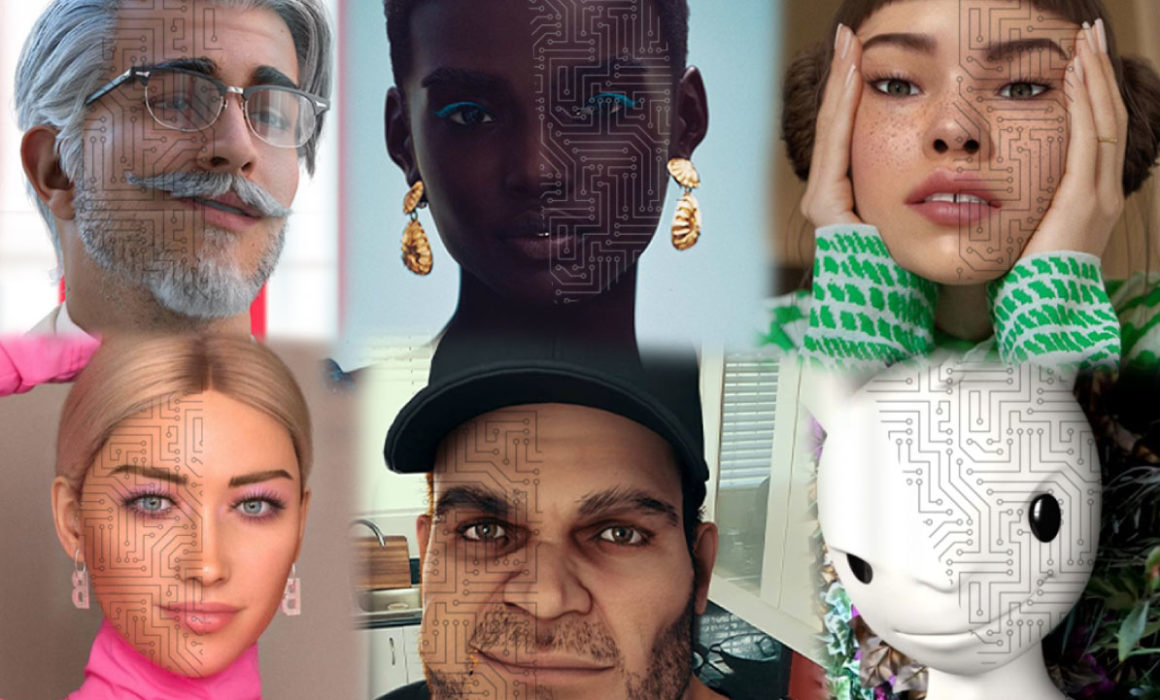 Surely, you’ve spotted photos of bloggers or models on social media who, on appearance, seemed to be real humans. They promote products and talk about their personal lives. These avatars, however, exist only in a digital universe.

The possible applications and missions of such digital avatars are expanding every year as a result of digitalization, and growing interest in NFT and metaverses, and we already see not only stunningly beautiful models demonstrating new fashion brands, but also inclusive avatars that attract public attention to various problems and highlight innovative projects.

Who are these Digital Avatars?

Digital avatars are virtual characters created with software and computer graphics. They have a distinct personality, voice, and even a storyline.

Many digital influencers were merely a digital “shell” at the start of their development with all communications performed by real individuals on their behalf. Nowadays that technology has improved significantly, these digital influencers have been built based on artificial intelligence. Behind each avatar is a whole team of developers that construct a virtual character and make it a global celebrity.

One of the first virtual influencers in the fashion world are Lil Miquela, Shudu and Noonouri. 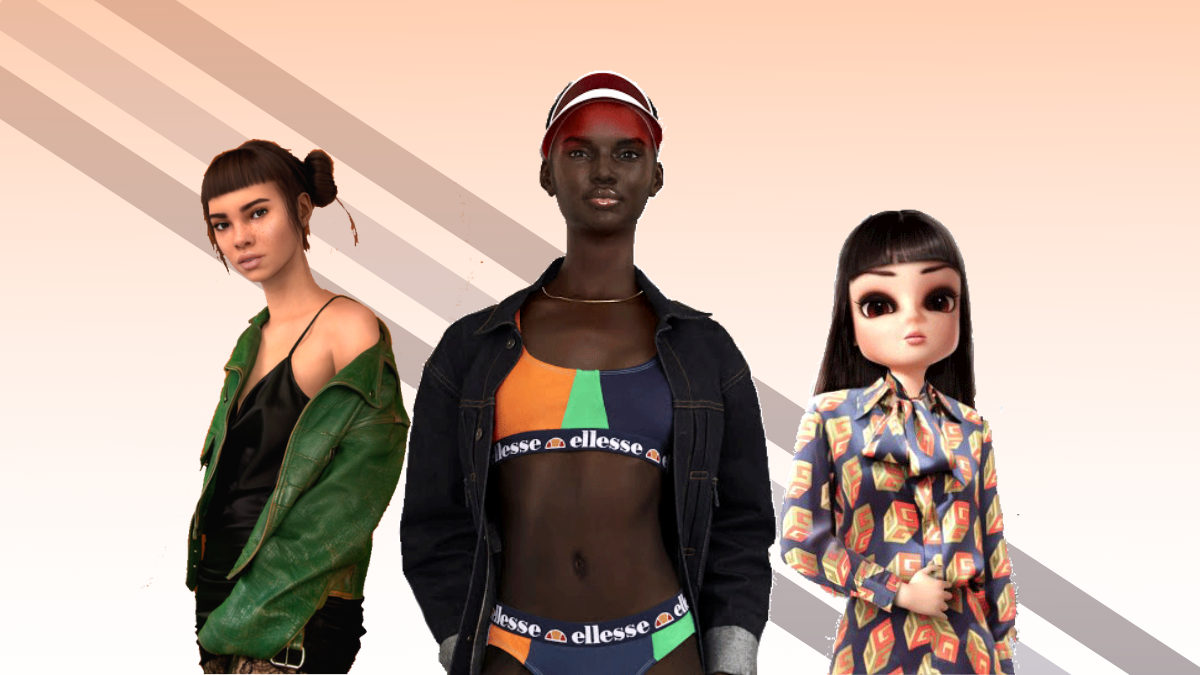 In 2018, Lil Michela attended the Prada FW18/19 fashion show in Milan and covered the event on the brand’s Instagram, which had an impressive effect and encouraged the fashion industry to consider interacting with digital avatars of a person. 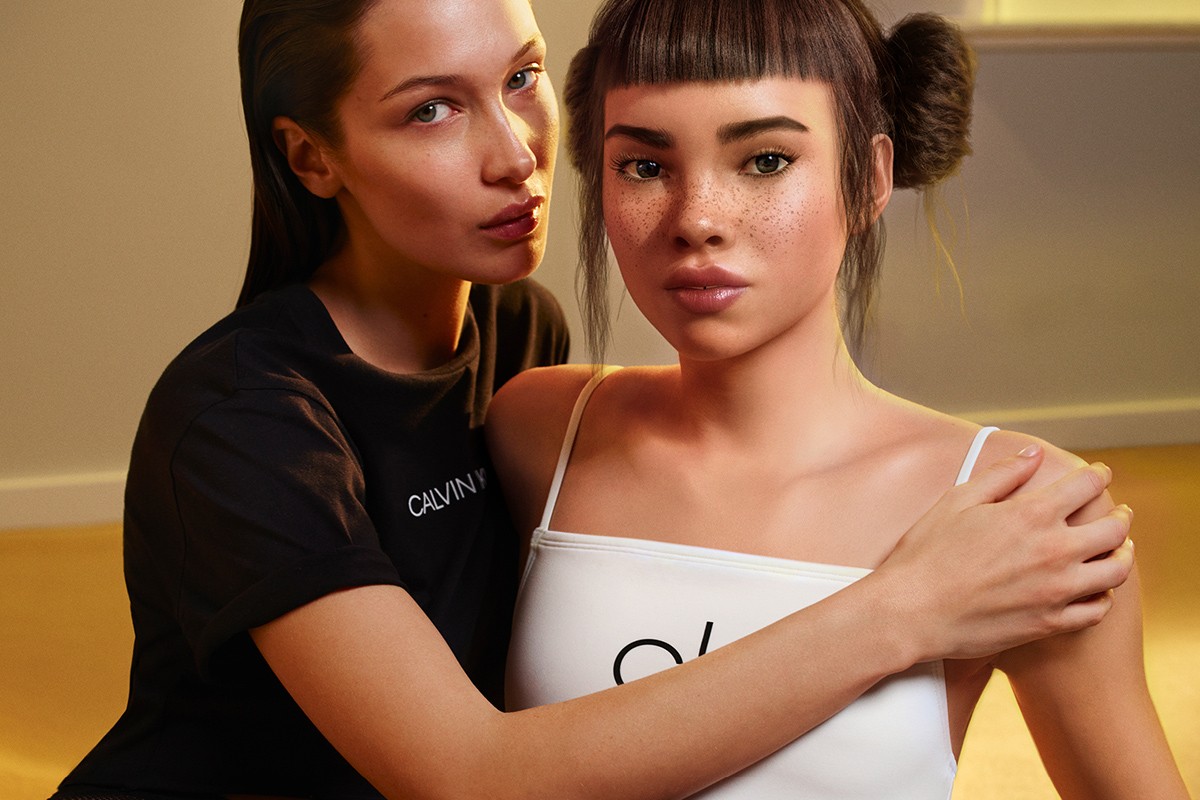 Shudu Gram, the first digital supermodel, was then introduced as part of Balmain’s “army” of virtual models in the brand’s new collection. Shudu has now become the face of a variety of major commercial campaigns and partnerships. 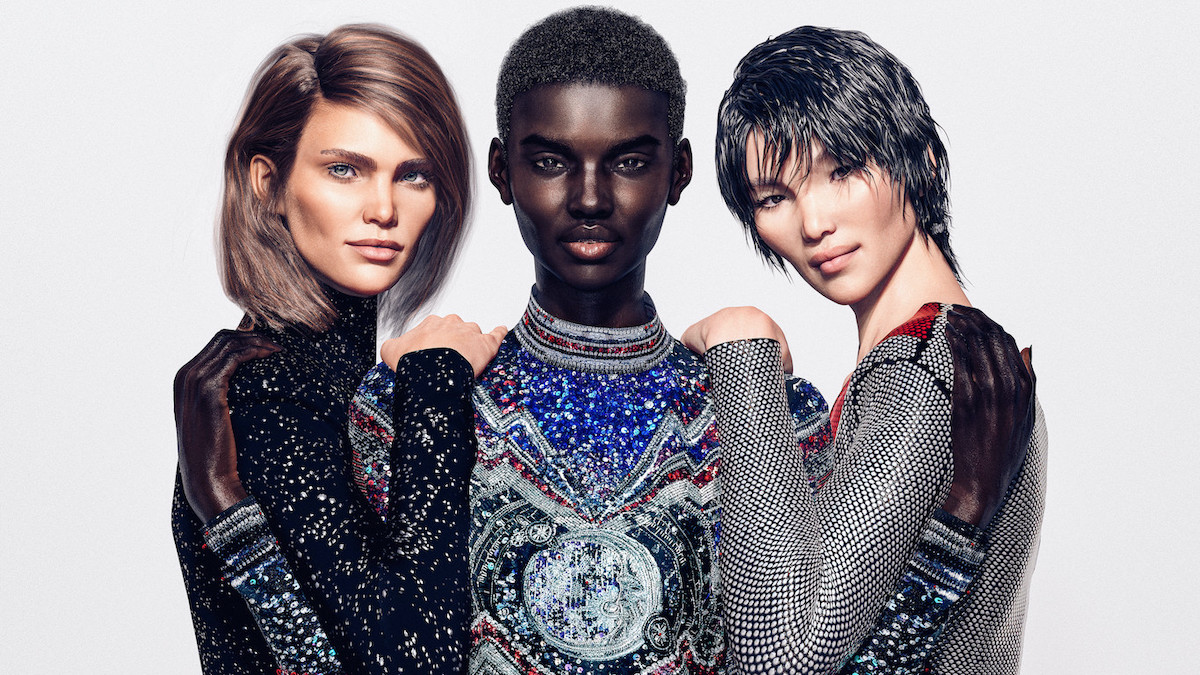 In the same year, Dior conducted an advertising campaign together with the influencer Noonouri. This digital persona has become popular in the world of digital fashion. Versace, Valentino, Lacoste, Alexander McQueen, and other clothing brands want to collaborate with her. 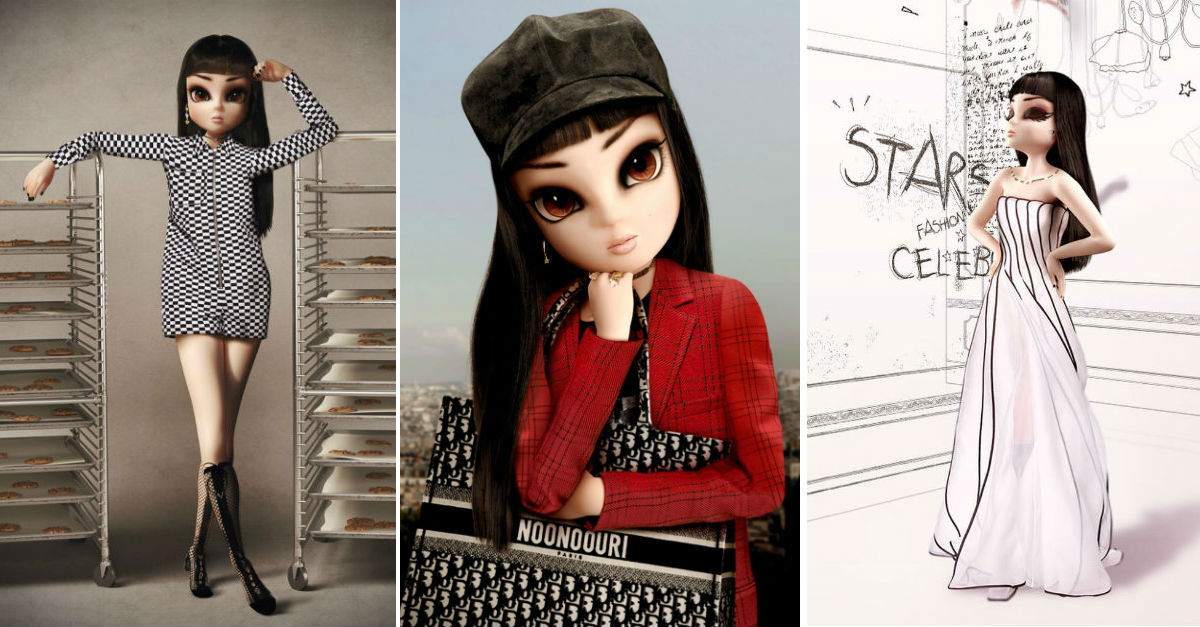 In Russia, the most popular digital model is Aliona Paul, a designer of digital clothes and artist. In 2020, Aliona was selected as the face of the first digital collection of the brand Alena Akhmadullina. 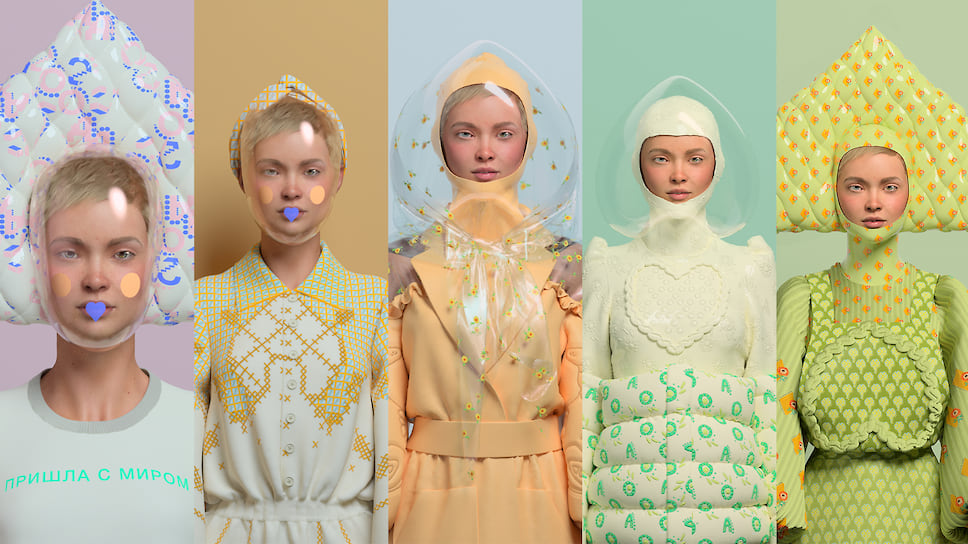 Some fashion companies create their own digital influencers. Yoox, for example, has created Daisy, an online counselor who promotes the company’s brands.  The model does not have her own social media accounts; she can only be found on the Instagram account of a fashion store. 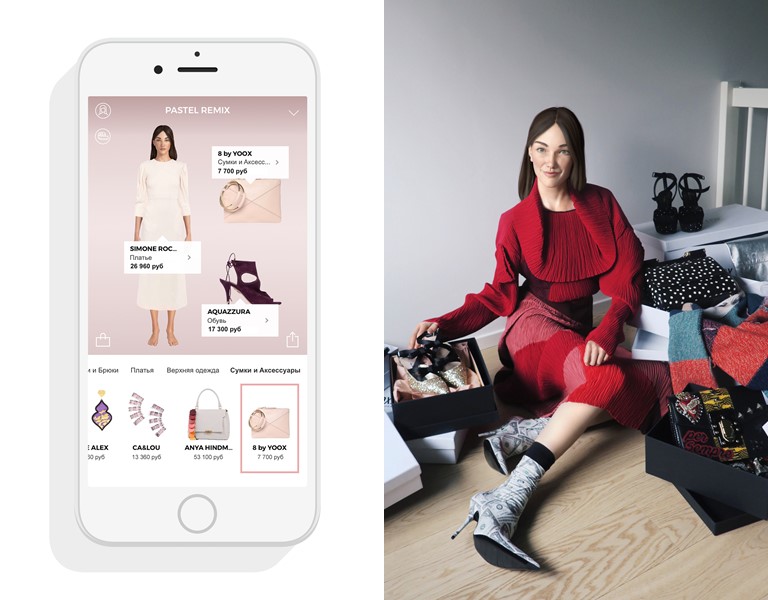 Also recently, LVMH (Louis Vuitton Moët Hennessy) created their virtual ambassador, Livi, who will be a representative of the conglomerate on innovation, technology and other topics related to digital technologies, cryptocurrency and NFTs. 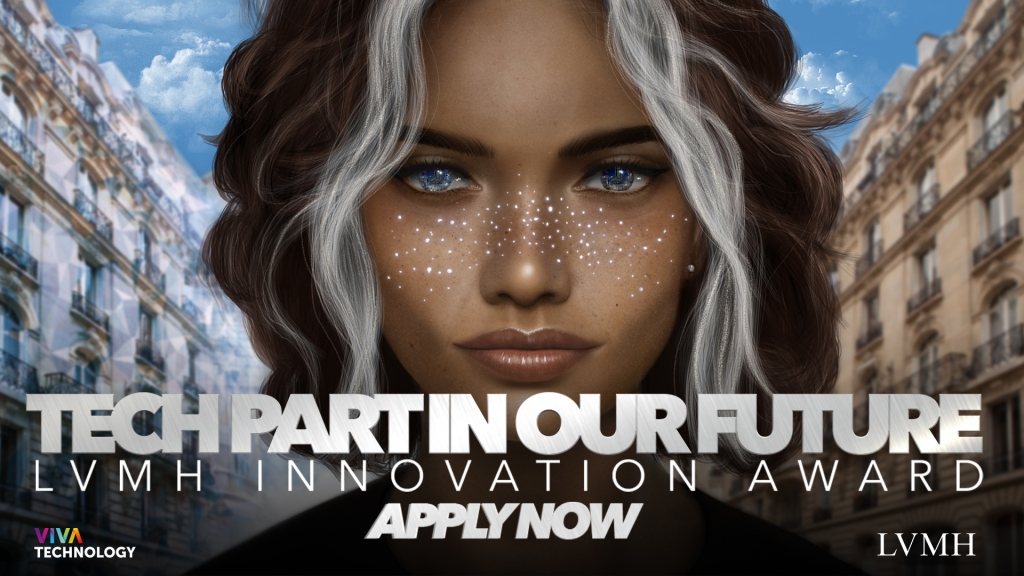 Samsung has launched the NEON project with virtual consultants and TV presenters, who are difficult to distinguish from real people.

It is also conceivable to identify a specific path of development for virtual influencers, who are digital avatars of people or digital twins. Burberry’s commercial campaigns used digital representations of Kendall Jenner and Naomi Campbell.

Outside of the fashion industry, these technologies assist in the recreation of dead celebrities, digital copies can even play at concerts in multiple metaverses at the same time, appear as a hologram at an autograph session, and retain popularity long after the end of the real career. 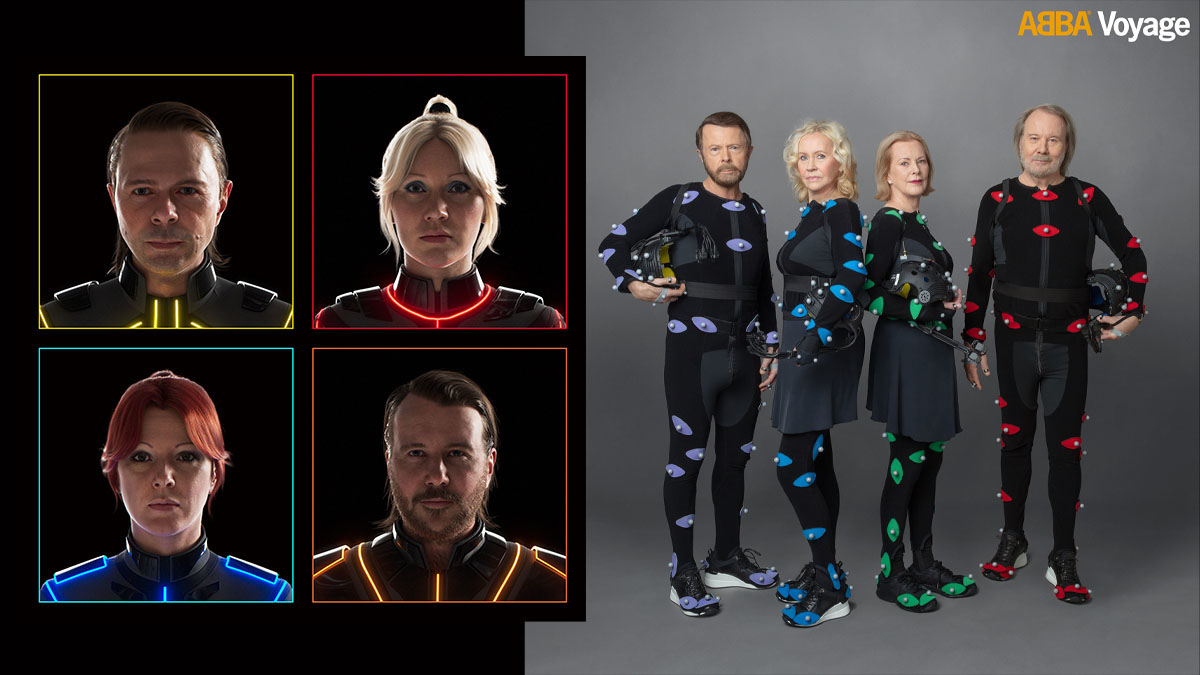 ABBA and their digital avatars

However, it is still unclear how the use of digital twins will be regulated after the death of a celebrity and who will own the rights to it.

The adoption of digital avatars by companies is a clear and effective approach for shifting into the digital future and attracting a new young audience. After all, the emphasis is already changing to virtual reality and digital fashion NFT. Brands have to promote in the metaverse, which requires the use of digital clothes and virtual models.

Interesting fact: according to data for 2021, 16% of virtual influencers participated in NFT projects.

What are the advantages of digital personas?

Real-world influencers live their social lives outside of advertising campaigns, and even one misinterpreted expression can destroy not only a celebrity’s reputation, but also the brand they represent. Such issues can be avoided by using virtual characters.

Digital influencers do not age, do not need days off or sick days, and require far less time and money to hire than real celebrities.

The Chinese television studio was among the first to capitalize on these advantages. The company began employing artificial intelligence-powered virtual presenters to cover breaking news 24 hours a day, seven days a week. 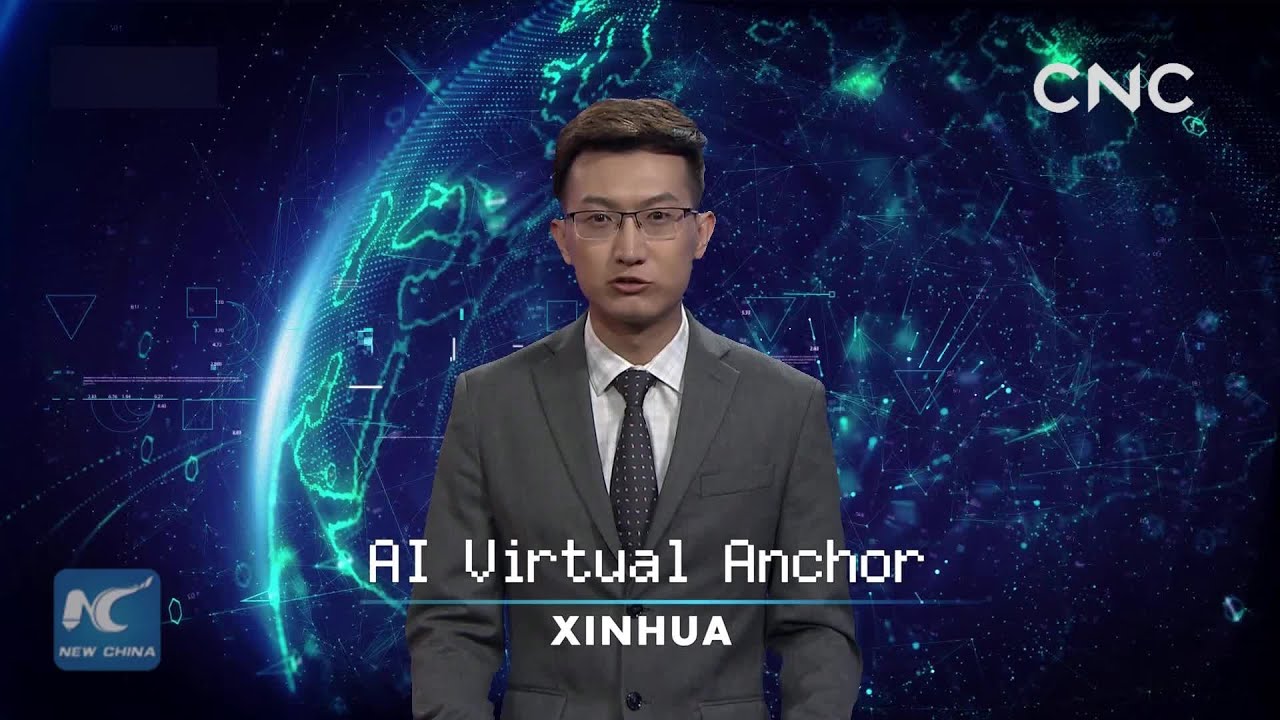 If a company decides to build its own unique character, it has nearly unlimited options for its digital avatar customization. Any appearance, age, or gender — technologies allow you to “blind” a persona who perfectly matches the demands of the brand.

Christopher Travers, the founder of VirtualHumans.org, believes that virtual influencers may perform the same tasks as their real colleagues, but their account statistics are far greater than those of actual celebrities. 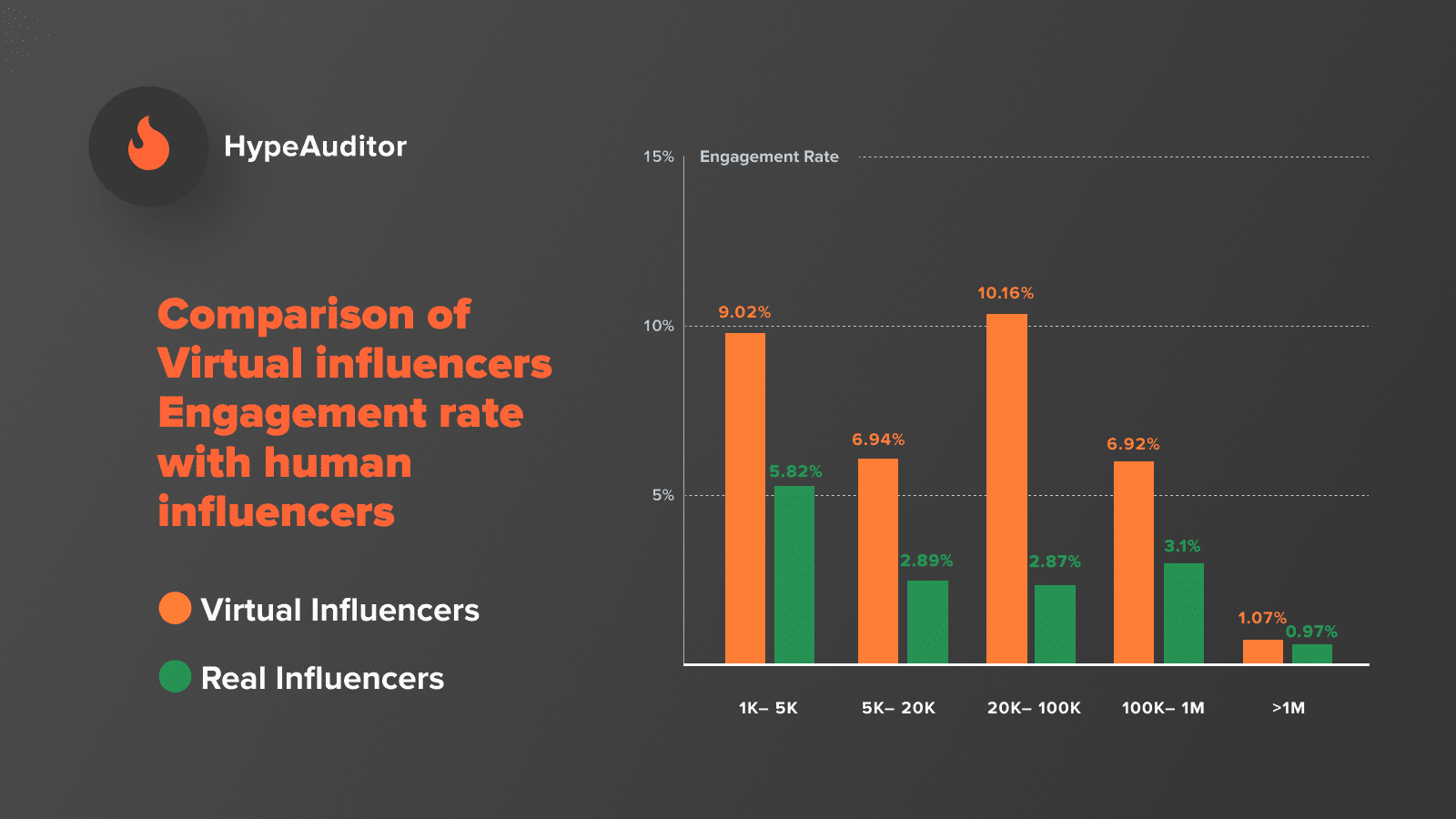 In February 2022, the Ironmouse digital avatar entered the top 10 most popular streamers by viewing hours on Twitch. This fact also confirms that real people are interested in following artificial characters. 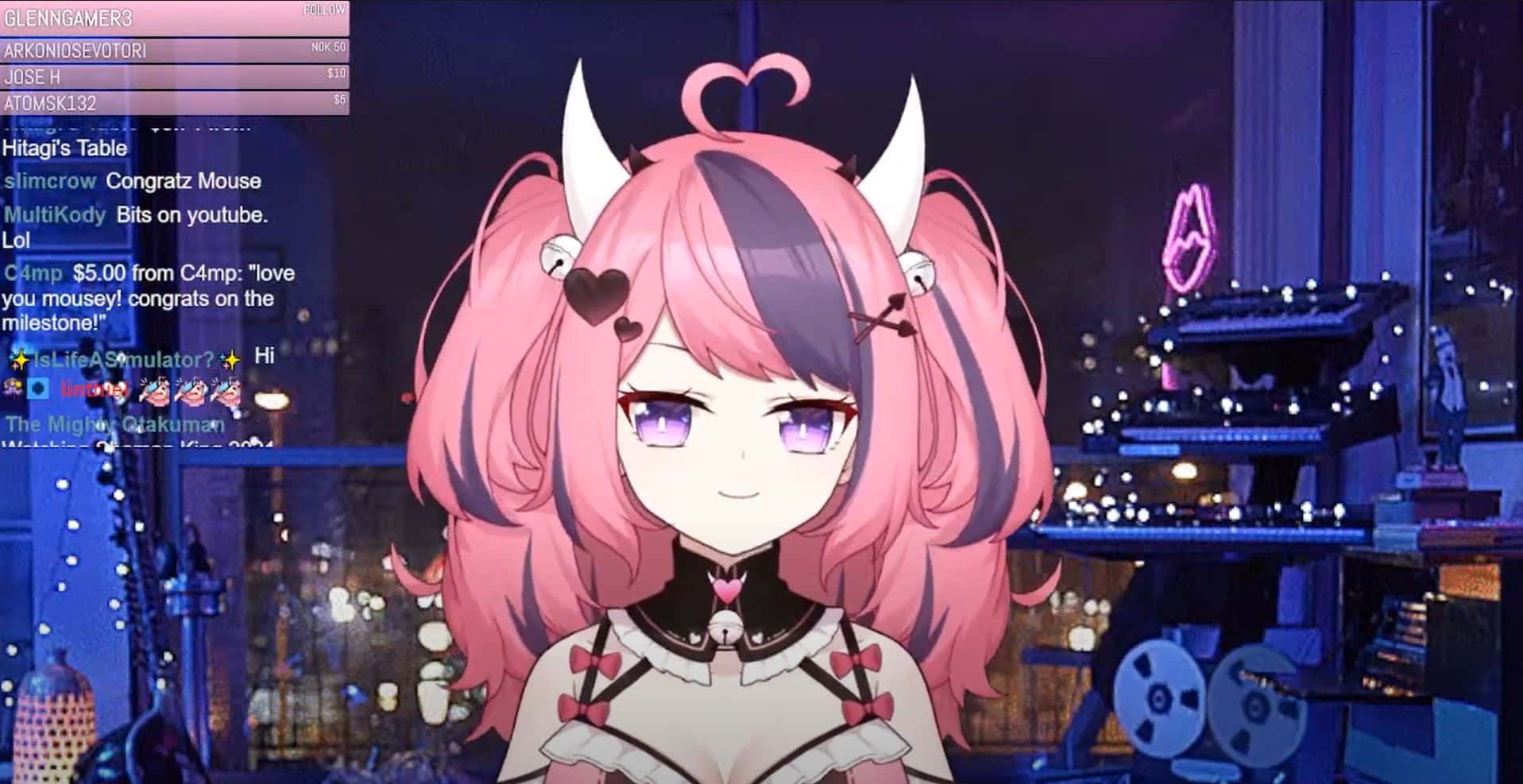 By using digital avatars, companies are trying to raise people’s attention to real-world problems. For example, Entourage and TBWA/Paris created Will, the first homeless person from the metaverse. He points out the discrepancy between huge investments in the metaverse and things that are still lacking in the real world.

On Earth Day, the virtual avatar Imma Gram called attention to the planet’s pollution crisis by posting a photo of herself wearing a dress made of garbage recovered from the ocean. 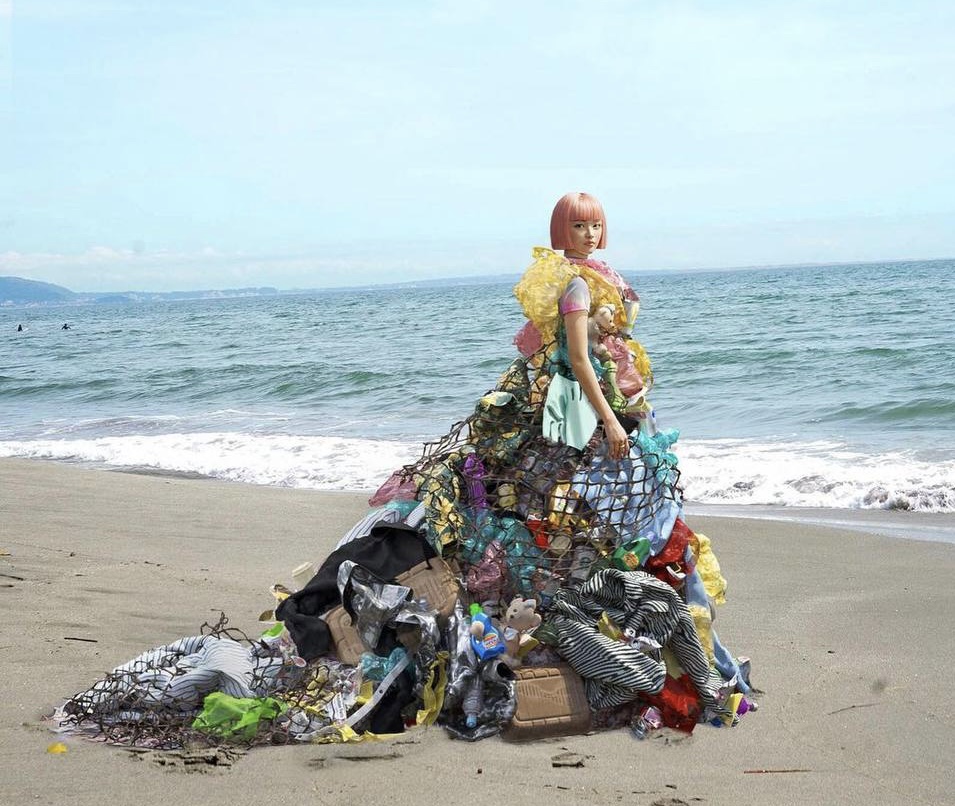 Avatars’ popularity is growing, their functionality is developing, and as a result, there are more and more projects that use them. The digital avatar industry is expected to be worth $32.3 billion by 2025.

It is impossible to determine if actual influencers and celebrities should be concerned about being displaced by virtual colleagues. In any scenario, when it comes to the metaverse, everyone requires avatars. Therefore, virtual twins can become one of the ways for celebrities to maintain and even increase their recognition, since a person’s digital avatar can be on several sites at the same time.

The real question is whether advertisers would be eager to pay for celebrity twins when they can invest in establishing their own original digital persona and avoid paying royalties regularly. 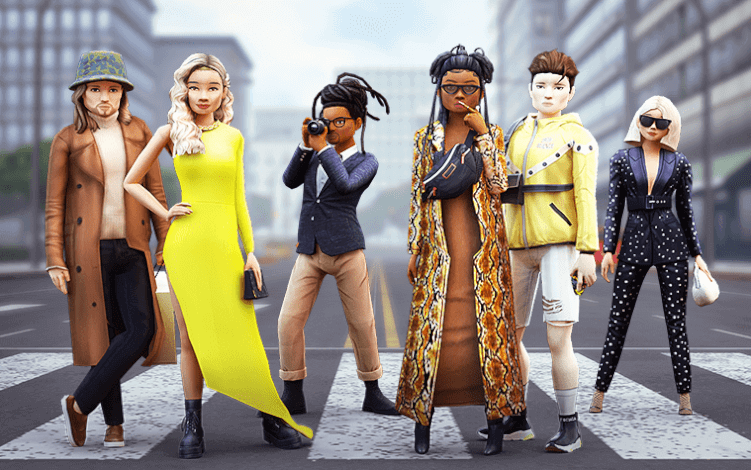