Artist Joshua Skirtich freed himself from real-world distractions to create art for the metaverse. His first project is the Jenesis  NFT collection.

Relocation to the metaverse

Joshua  Skirtich created Jenesis, a collection of digital sculptures introduced to the market as NFTs on the Ethereum Network. Each Jenesis NFT illustrates a single 3D figure that he hand-sculpted in VR, and it acts as proof of ownership. The sculptures may be 3D printed or digitally dropped into real-world environments using augmented reality.

The Jenesis project is an artist’s first foray into the metaverse. Joshua, on the other hand, refers to Jenesis as “comical” since he is unsure how his concept will develop.

When Joshua Skirtich, an industrial designer and NFT artist, sculpts in virtual reality (VR), he is free of the hindrance of the physical world. With an infinite digital canvas to work with, he can create things that aren’t influenced by his real-world setting.

“My whole floor is basically one large shoe now,” Skirtich shares his experience “It’s very comfortable when I’m sculpting in VR, and my only contact with the outside world is through my feet.”

To explore the innovative potential of creating in and for the metaverse, Skirtich took the purposeful effort to remove any reminders of the actual world from his living space—a small apartment in a condominium he rents on a month-to-month basis.

“I removed virtually everything so I wouldn’t be influenced by the way we have traditionally been living,” he said. “This room looks empty, but in [augmented reality or] VR, I have infinite space and material to work with. In a way, this room makes me feel like I’m on a spaceship and allows me to take crazy ideas more seriously.”

The metaverse is an enhanced version of the Internet that allows users to work, play, and communicate with other users using their Web3 Avatars in virtual 3D worlds and locations and spaces. The future metaverse is likely to be powered by blockchain technology, with NFTs representing things like avatars and clothes that may be accessible across many, interoperable online locations.

Skirtich began researching the possibility of realizing his idea of art, not inspired by something from the real world and created exclusively within the framework of digital metaverse last year when the NFT industry was actively developing and the concept of metaverse appeared to have real prospects.

Jenesis is a collection of 103 digital sculptures that Skirtich describes as “cave paintings” in the metaverse. Jenesis was his first move toward creating his own metaverse world, which explains the name—a homage to creation myths and legends, with the “J” from his real-world name representing his position as the creator.

Each NFT is undeniably influenced by human shapes, but in a variety of positions and proportions that reflect body language—and with a glossy surface that lacks distinct detail or texture. The sculptor claims that this provides viewers and collectors with a lot of freedom for interpretation.

Skirtich believes that the infinite digital canvas, as well as developing tools and infrastructure, “democratize the imagination,” allowing anybody to bring their creative ideas to life and share them with the rest of the world through NFTs. 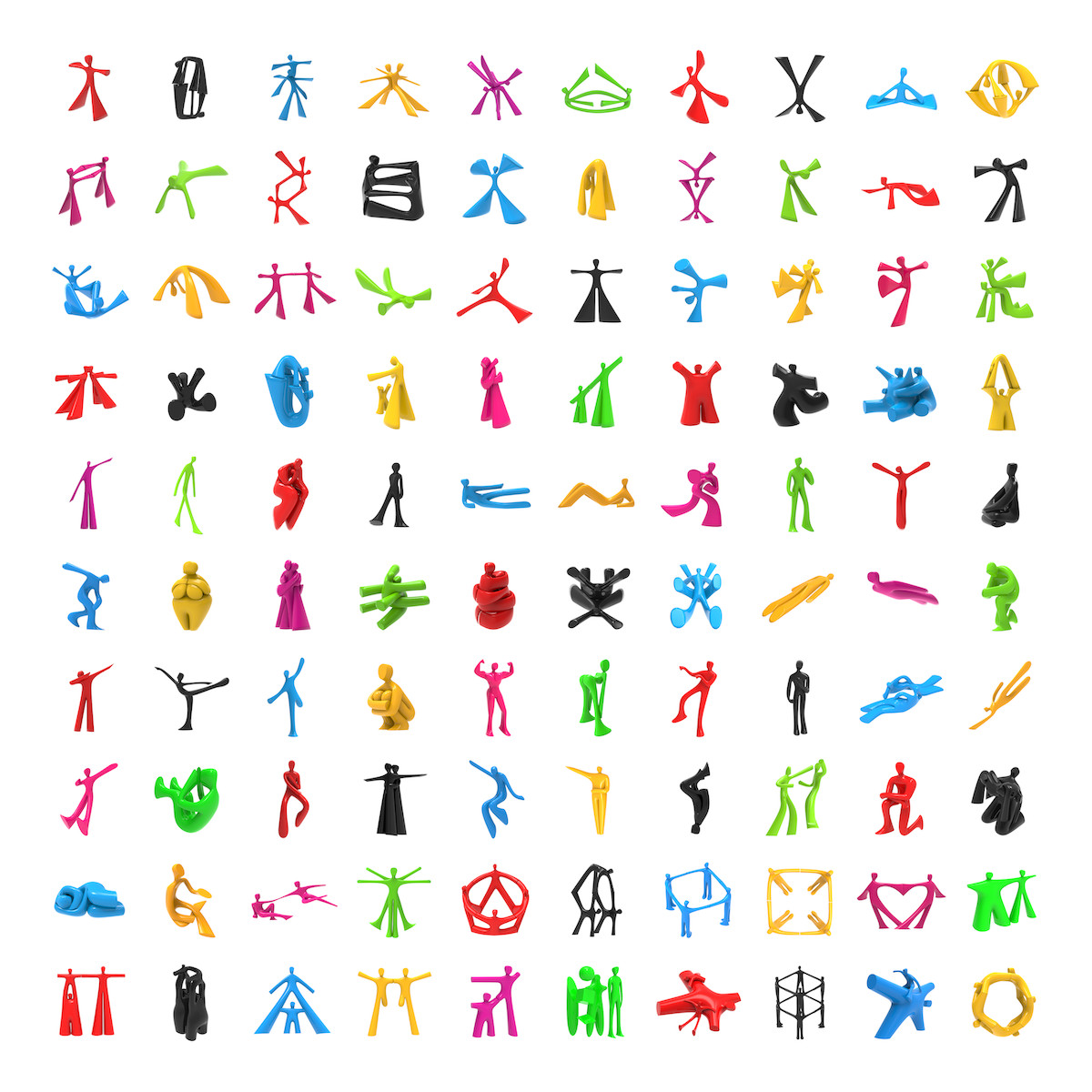