The launch of the Otherside metaverse from BAYC creators has caused record-breaking gas fees on the Ethereum network. The creators promised to compensate for the damage to users who lost their savings.

Against the background of the long-awaited start of land sales in the Otherside metaverse, the cost of transactional gas fees reached a record level, users experienced transaction failures due to the vulnerabilities of the blockchain.

Yuga Labs, the creators of the Bored Ape Yacht Club, have announced a sale of Otherdeed non-fungible tokens (NFTs) that represent digital land ownership in their future endeavor, the Otherside metaverse. Yuga Labs made $319 million when 55,000 NFTs sold out almost instantaneously, with each piece of land selling for 305 ApeCoin (APE), or roughly $5,800 at the time of the sale.

It was possible to purchase non-interchangeable Other dead tokens, reflecting ownership of a plot of land in the new metaverse, only for ApeCoin (APE), however, users were required to pay for the network fees in ETH. Yuga Labs claim that they considered a portion-sale of the collection, for an equal distribution of demand:

“This pattern of mint → bump limit → mint → bump limit will continue until NFT supply is exhausted. This approach is expected to prevent an apocalyptic gas war, while also encouraging as broad a distribution as possible.”

Users on social media are stunned by the unprecedented increase in commission costs; one Redditor, u/jeux99, cannot understand what has happened:

As rightly pointed out by another Redditor, u/johnfintech, Etherscan data shows that numerous users paid anywhere between 2.6 ETH ($6500) to 5 ETH ($14000) as gas fees.

Yuga Labs noted, citing some of the troubles with utilizing Ether during its NFT debut, “We’re sorry for shutting out the lights on Ethereum for a bit.” It becomes evident that ApeCoin will need to migrate to its own chain in order to scale adequately.”

Yuga Labs has pledged to return the gas value to users who lost their ETH holdings in gas due to unsuccessful transactions.

Because of the inflow of ecosystems hosted on the blockchain, particularly NFTs, Ethereum’s controversial gas costs have been a long-standing source of anxiety within the community.

In November 2021, Ethereum co-founder Vitalik Buterin proposed a new block-wide limits on total transaction calldata in order to reduce the ETH network’s overall transaction calldata gas cost. While the community supported the concept, it took more than four months to execute EIP-4488 on the Ethereum-sidechain testnet on Geth. Qi Zhou, a member of the community, stated on April 27th that the testnet will be upgraded within a month. 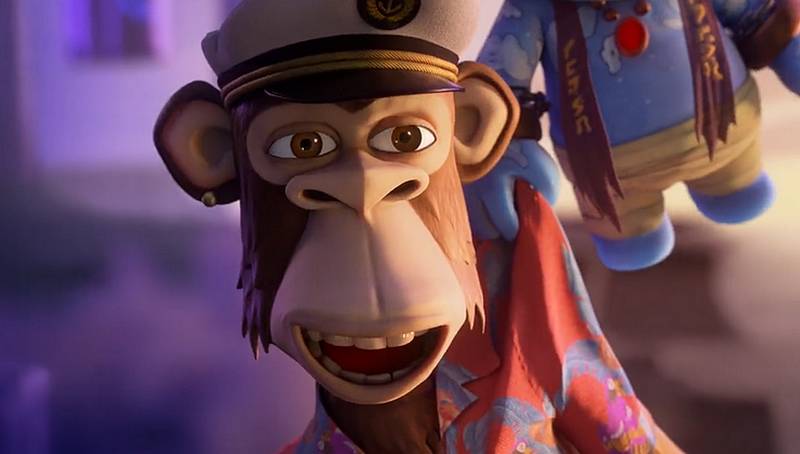